"I'm not trying to tell you," he said, "that only educated and scholarly men are able to contribute something valuable to the world. It's not so. But I do say that educated and scholarly men, if they're brilliant and creative to begin with--which, unfortunately, is rarely the case--tend to leave infinitely more valuable records behind them than men do who are merely brilliant and creative. They tend to express themselves more clearly, and they usually have a passion for following their thoughts through to the end. And--most important--nine times out of ten they have more humility than the unscholarly thinker"

"Something else an academic education will do for you. If you go along with it any considerable distance, it'll begin to give you an idea what size mind you have. What it'll fit and, maybe, what it won't. After a while, you'll have an idea what kind of thoughts your particular size mind should be wearing. For one thing, it may save you an extraordinary amount of time trying on ideas that don't suit you, aren't becoming to you. You'll begin to know your true measurements and dress your mind accordingly" 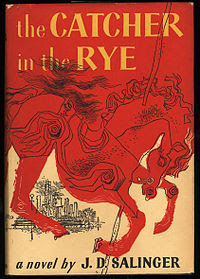