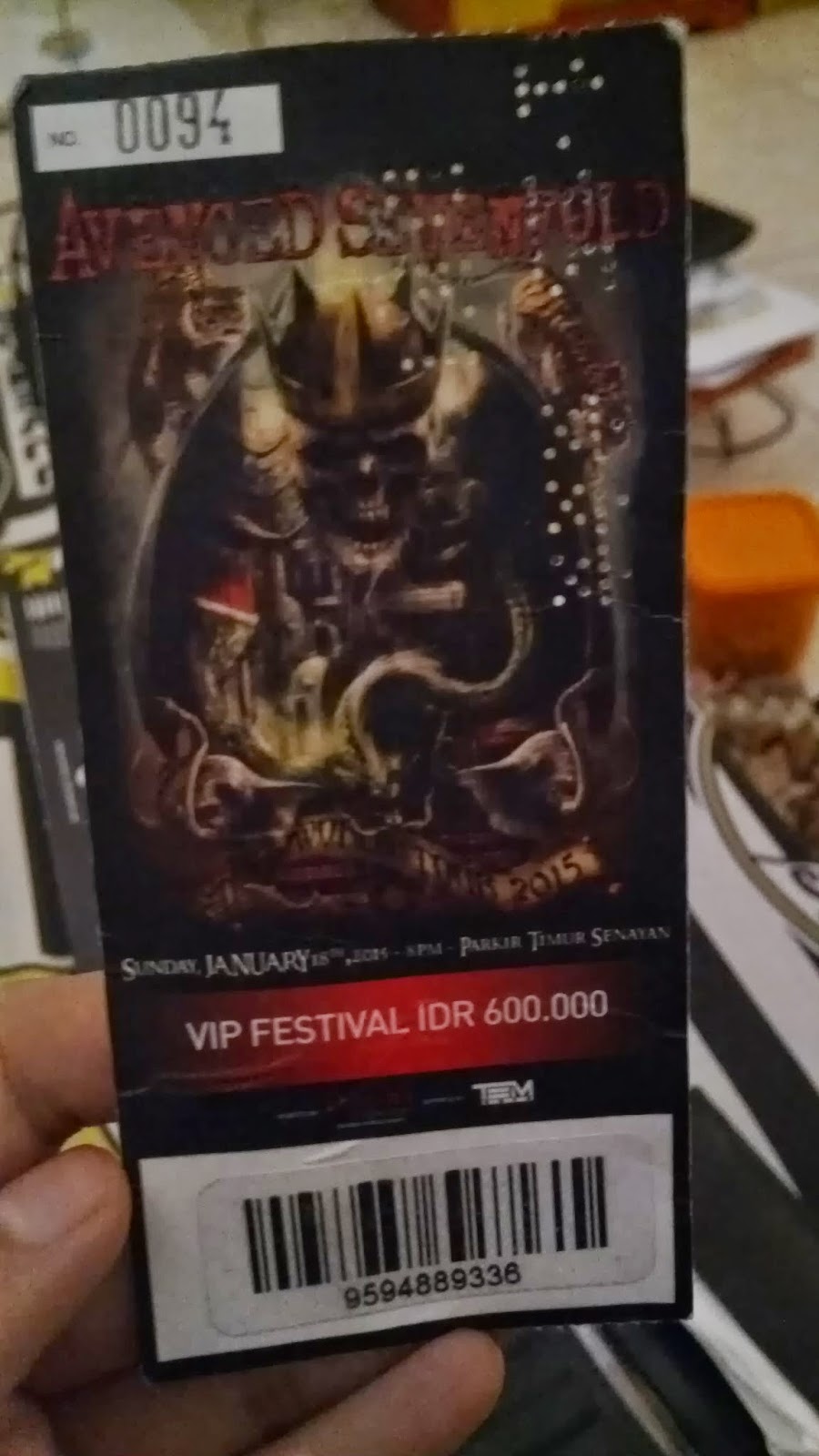 Last year, an unexpected great occasion happened. I read that Avenged Sevenfold will do a South Asia Tour and will play in Jakarta in Jan 18th 2015. I was so excited since I missed their previous show years before due to common undergrad student’s poor finance.

Second chance rarely happens in concert situation here in my country so since I’ve got a job now and slightly better state of bank account I bought the pre-sale tickets immediately. It was fun, and yet I’ve noticed that a couple things indeed change when you’re going to a rock concert NOT in your early twenties

But after that, some things remained the SAME